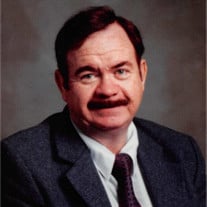 Victor Wayne Dungan, 82 of Louisville passed away Friday, October 18, 2019 at The Altenheim Senior Health Care Community. He was born in Jackson, TN on February 8, 1937 to Victor Leroy and Katie Allison Dungan. He grew up on the farm and in his childless Uncle’s grocery store in a political family. In fact, his birth was to celebrate FDR having saved the family farm coming out of the great depression. Vic graduated from Lambuth University in Jackson, TN where he was honored as one of the ten graduates who had contributed most to college life in their four years. Two days later he married Patricia Ann Whybrew. Vic then left the Memphis Conference of The Methodist Church which had ordained him Deacon and Elder. After moving to the Louisville area, he became pastor of Mt. Tabor UMC at Crestwood, taught at Oldham High School and attended University of Louisville’s Law School at night. He held the BA degree from Lambuth University, the BD and M. Div from Vanderbilt University and the Juris Doctor degree from University of Louisville. Vic was a minister, teacher, college instructor and attorney over a ten-year span, but had to retire from all of that to the less stressful occupation of picture framer. He was president of Vic’s Vintage Frame-N for 30 years. He began reading and writing at an early age and won many essay contests through the years. One of his poems is in the JFK Museum. He wrote columns for several newspapers throughout his careers. He taught at public schools in Tennessee, Kentucky and Illinois, while pastoring at nearby churches. He was also an instructor at Sullivan University, Watterson College and McKendree University. He was a member of Louisville Masonic Lodge #100, a 32° Mason, Scottish Rite & Kosair Shrine Temple. Vic was preceded in death by his loving wife Mary Jane Sparks Dungan of over 48 years; his parents Victor Leroy and Katie Allison Dungan; his four brothers; grandson Nicky Barker; son in law Tim Barker; along with a niece. He is survived by his daughters Susan Elvington (Randy) of Huron, TN and Patricia Nunn (Larry) of Gouldsboro, PA; grandchildren Timothy Nathan Barker, Anna Barker both of Jackson, TN and Jessica Nunn of Austin, TX; his and Mary Jane’s “adopted son” Todd Crouch of Shepherdsville, KY; along with two nieces, and a nephew. Graveside Service will be at 12:30 p.m.(CDT) Wednesday, October 23, 2019 at Ridgecrest Cemetery in Jackson, TN. Memorials may be sent to Vic & Mary Jane Dungan Nursing Scholarship c/o University of Memphis at Lambuth in Jackson, TN; or Cooper United Methodist Church in Louisville, KY. Online condolences may be made at maramanbillings.com

Victor Wayne Dungan, 82 of Louisville passed away Friday, October 18, 2019 at The Altenheim Senior Health Care Community. He was born in Jackson, TN on February 8, 1937 to Victor Leroy and Katie Allison Dungan. He grew up on the farm... View Obituary & Service Information

The family of Victor Wayne Dungan created this Life Tributes page to make it easy to share your memories.

Send flowers to the Dungan family.