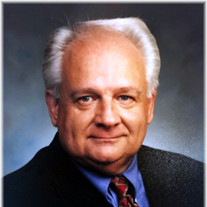 Robert “Bob” Leddy Jacobs, 74 passed away on Tuesday December 10, 2019 at Baptist East Hospital. He is preceded in death by his parents Marie Louise Leddy and Robert Hunter Jacobs of New Orleans. Bob is survived by his wife of 45 years Paula Harrington Jacobs, his daughter Natalie Brandon, his son in law Timothy Brandon, and 3 grandchildren Mya Bednark, Eli Bednark, and Parker Brandon. He will also be dearly missed by his longtime friends Paul Powell, Billy Zapp, Kevin Cole, Bill Whitehead, and Jim Reuther. Bob had a distinguished career in multiple areas of athletics. While young, he played baseball for St.Mattthews. His involvement in baseball extended well beyond his playing days. He umpired high school and college games including UofK, UofL, Western, and Bellarmine. While umpiring he began coaching baseball at Atherton, Waggoner, and Manual. Bob also played and coached football at UofL. After he coached a few years, he became athletic director at Manual where he spent 19 years. Because of his leadership he was elected President of the Sixth and Seventh Region Athletic Directors and served an extended term as President of the Ky High School Athletics Association. He received numerous other awards along the way for his distinguished service. Before retirement Bob accepted a position as Athletic Director at Assumption High School for 4 years. He retired in 2001. Bob got his Bachelor’s in education from UofL, and his Master’s in science from Murray State. He thought the world of his grandkids and was very lucky to have family and friends who loved him so much. He was a diehard LSU fan and his heart belonged to New Orleans. Visitation will be Friday, December 13, 2019 from 3:00 p.m. to 8:00 p.m. at Ratterman Brothers Funeral Home 12900 Shelbyville Rd, Louisville, KY 40243. The family has chosen cremation to follow. Online condolences may be made at maramanbillings.com

The family of Robert "Bob" Leddy Jacobs created this Life Tributes page to make it easy to share your memories.

Send flowers to the Jacobs family.