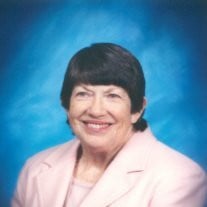 Mary Jane Dungan, RN BSN died on Sunday February 10, 2013 at Norton Audubon Hospital. She was born in Clyde, NC Oct. 1, 1928 in Smokey Mountains to Zimmary and Clarisa Fish Sparks. The family soon moved to Stauton, VA for better farm land in the beautiful Shenan-doah Valley where she grew up to be a refined Southern Lady. Mary spent 56 years in nursing. She worked at Vanderbilt Univ. Hospital and then helped establish Nashville Memorial Hospital where she cared for many country music stars such as Johnny Cash and her cousin Dolly Parton. Upon marriage to Victor Wayne Dungan, April 12, 1968 at Audubon Methodist Church, she moved to Louisville and became Night Supervisor at St. Joseph Infirmary (10 Years). She then became Director of Nursing Education at Methodist Evangelical Hospital (8 Years), she chose long term care after that and served 23 years as Assistant Director at Parkway Medical Center, while at Parkway she also worked at Kings Daughters Nursing Home where she retired after 26 years. She was named Director of Nursing after KD became Highland Rehabilitation. Besides her husband, Mary is survived by one sister, Stacey Heaton, Decatur, AL, two step-daughters Susan Barker, Jackson, TN and Patricia Nunn, Gouldsboro, PA, four step grandchildren and numerous other relatives since she had seven siblings. Mary was a member of Cooper Memorial United Methodist Church, Okolona Democrat Club, Okolona AARP and many professional associations. She was a blessed peace maker who did many kind acts for people behind the scenes and never wanted any recognition or glory for herself. Funeral service will be 1:00 p.m. on Thursday at Maraman Billings Funeral Home. Visitation will be Wednesday from 5 p.m. to 8 p.m.. Private family committal at Ridgecrest Cemetery in Jackson, Tennessee. Flowers would be appreciated with blue ribbons. Memorial expressions may be made to her church. Online Condolences may be made at maramanbillings.com.

The family of Mary Jane Dungan created this Life Tributes page to make it easy to share your memories.

Send flowers to the Dungan family.