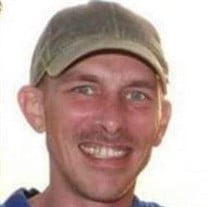 Donald (Donnie)Thomas Samuels, 47 of Louisville returned to our heavenly father on Sunday, November 7, 2021. He was born March 17, 1974. He was a Baptist by faith. Donnie worked at Best Blinds & Shades where he was the Lead Blind Installer. Over the years, he enjoyed working on cars, houses or anything that needed repaired. He was a grill master and loved cookouts and family gatherings. He took great pride in his family and loved making memories with his children and grandchildren. Donnie made everyone smile and laugh with his jokes and pranks. He had agreat personality, never met a stranger and had a heart of gold. He was a loving father, loyal friend and a hard worker. He was generous with his time and would do anything to help anyone. Someone you could truly rely on anytime of day. Donnie touched many people with his love and kindness and was considered by many a true angel. Now God has brought his angel home. He was preceded in death by his parents Gary Stillwell Sr. and Brenda (Samuels) Stillwell. His son Brandon Lankford and nephew Cameron Samuels, grandparents Everett and Linnie Samuels. He is survived by his fiance Misty Lankford, children Tiffany Samuels (Dennis) of Radcliff, Travis Samuels (Alexis), Hannah Samuels, Dylan Samuels, Chasity Samuels, Allison Samuels and Jessica Howard (Austin) all of Louisville. Grandchildren Aydenn Mesa, Avery Cason, Eliana Rizvanovic, Kyler Samuels, Bailey Harris, Annabelle Harris, and 3 grandchildren on the way. Siblings Ronnie Samuels (Mandy), Gary Stillwell Jr., Jennifer Diaz, Mindy Briney (Richard) and Judy Samuels (Jenn) all of Louisville. A host of nieces, nephews and cousins. His loving Aunts Edna (Amos) Ashbaugh, Darlene Schuler and Judy Hodge. Longtime friend and boss Russ Ensch Funeral Service will be 12:00 p.m. Saturday, November 13, 2021 at Maraman Billings Funeral Home with Mark Veatch officiating. Visitations will be Thursday 3-8 p.m.; Friday 3-8 p.m. and Saturday 9:00 a.m. until time of service. Burial will follow at Cedar Grove Cemetery. Online condolences may be made at maramanbillings.com

Donald (Donnie)Thomas Samuels, 47 of Louisville returned to our heavenly father on Sunday, November 7, 2021. He was born March 17, 1974. He was a Baptist by faith. Donnie worked at Best Blinds & Shades where he was the Lead Blind Installer.... View Obituary & Service Information

The family of Donald Thomas Samuels created this Life Tributes page to make it easy to share your memories.

Donald (Donnie)Thomas Samuels, 47 of Louisville returned to our...

Send flowers to the Samuels family.