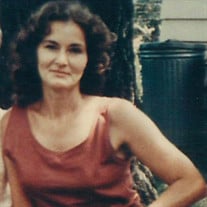 Celia Jean Couch Harris passed away at Floyd Memorial Hospital in New Albany, Indiana on April 23, 2015. She was born to Dillard and Mary Smallwood Couch in Leslie County Kentucky on March 9, 1928. Jean married the love of her life Alfred E. Harris on August 20, 1955. She was preceded in death by her husband Al and brothers Bill Couch, Ned Couch, Logan Couch, Virgil Couch and Freddie Couch and sisters Martha Gregory and Dorothy Conover. She is survived by her twin brother Joe Couch of Sellersburg, Indiana, and sisters Nellie Gregory of Louisville, Kentucky, Goldie Schriml of Kettering, Ohio, and Shirley Bingham of Corbin, Kentucky and many nieces, nephews, and extended family. Jean and her husband Al spent most of their lives in Clarksville, Ohio and owned and operated the 350 Carry Out near the Fort Ancient Serpent Mound. She was a member of the Eastern Stars since 1972 and was a strong believer in the Christian faith. Along with being a successful business women, Jean loved to play guitar, and dance to her favorite song the Tennessee Waltz. She had an extravagant fondness for collecting porcelain dolls, fine jewelry and owned and had a passion for race horses and show dogs. She was the life of the party and strong and independent before it was acceptable. She was a role model to everyone that knew her and will always be in our fondest memories and will be sadly missed. Visitation will be held on Sunday, April 26, 2015, from 12:00 to 4:00 pm at the Maraman Billings Funeral Home, 605 South Preston Highway, Shepherdsville, Kentucky 41065. Burial Service will he held on Monday, April 27, 2015, at 12:00 pm at the Clarksville Cemetery, 398 S 1st Street, Clarksville, Ohio 45113.

Celia Jean Couch Harris passed away at Floyd Memorial Hospital in New Albany, Indiana on April 23, 2015. She was born to Dillard and Mary Smallwood Couch in Leslie County Kentucky on March 9, 1928. Jean married the love of her life Alfred... View Obituary & Service Information

The family of Celia Jean Harris created this Life Tributes page to make it easy to share your memories.

Send flowers to the Harris family.